For a man, in the context of a D/s relation, the idea of being taken up the ass by a Woman, is the ultimate form of humiliation and submissiveness. It is a complete loss of control; something that many ‘straight’ men are not used to. It is counter to all the ideals of masculinity that we have been raised to accept.

I love using my strap-on (or should I say strap-ons as I have many in My collection) as I find the act of fucking a slave to be a powerful aphrodisiac – I often climax Myself whilst energetically pumping a helpless sub’s arse full of My thick rubber ‘cock’! It is the ultimate demonstration of My power over a slave to secure him on My punishment-bench and strap-on My choice of rubber dong in front of him whilst describing in graphic detail how I am going to enjoy riding him.

I will often shove the enormous tool into his mouth and make him suck & worship it as a prelude to positioning Myself behind him with the tip of My tool pressed against his tight little hole, before gripping his buttocks and slowly pushing My hips forward as I admire the delicious sight of My shaft stretching his hole & sliding fully inside as I penetrate him. I like to slowly build-up the speed & intensity of My thrusts until I am fucking him like the bitch he is! I know he has been fantasising about fucking Me, even though we both know he would be utterly inadequate at doing so. So, now I’m going to show him how to fuck – and the louder he squeals, the harder & faster I will fuck him! (lol). 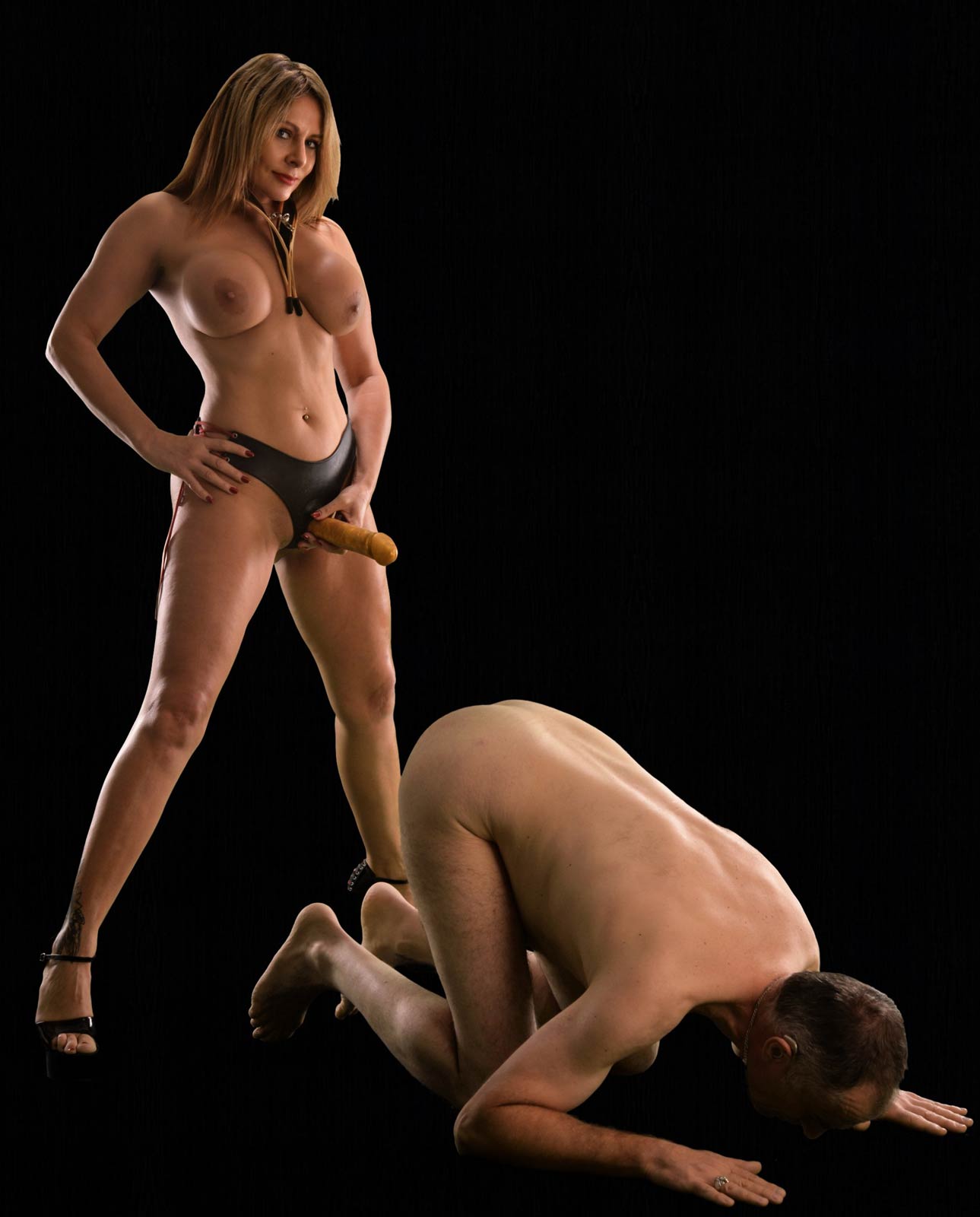 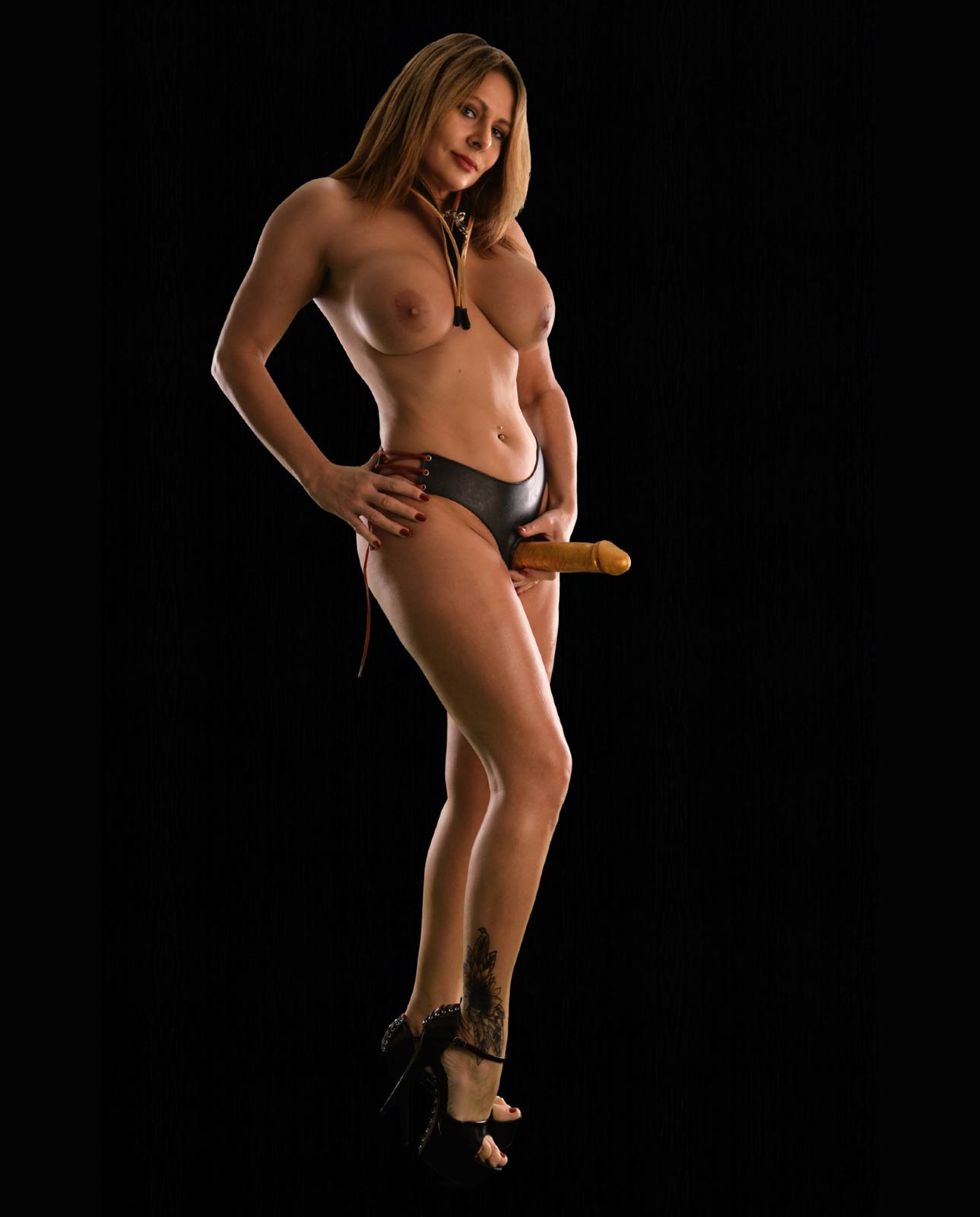