So, who is Mistress Carly? (and where have I been all your life, I hear you ask).

How did that come to be?  Well, when I blossomed from an awkward teenager into a willowy, attractive young woman I found that suddenly I was getting a lot of attention from males and as My hormones exploded into life it soon became clear that I was an extremely sexually adventurous Female to boot!  Being naturally exhibitionistic, I have always enjoyed flaunting My body and love the effect that showing off My highly desirable figure has on men, which led Me into the glamour modelling world – initially just for amateurs & camera clubs but then for several of the ‘top-shelf’ fully nude open-leg magazines.  I loved posing naked for explicit photo’s (and seeing the bulge in the photographer’s jeans) and afterwards when the images were published I rejoiced in the knowledge that men all across the country (or even world!) were ogling My naked body and undoubtedly wanking themselves to a sticky climax whilst fantasizing about the indubitable pleasure of having sex with Me.

So, it was a natural evolution for Me to progress from this early modelling work into full-on hardcore porn productions for some of the top producers – and it soon became apparent that I had a definite talent in front of camera!  This coupled with the complimentary feedback that I got from guys who saw My on-screen antics only served to further reinforce the fact that men find Me to be highly sexually desirable and would go out of their way to do anything to try and get into My knickers (little did they know that I rarely wear any!)  I soon learned to use this power to My advantage, manipulating men to do exactly what I wanted to please Me – both in bed and in everyday life! For example, if I wanted a new pair of designer jeans or some sparkly trinket that had taken My fancy, I would lead a guy on to buy them for Me on the intimation that if he did I might be willing to allow him to enjoy Me sexually (although whether I actually did or not was quite another matter of course!)

I started to develop a definite bossy side to My personality and I soon perfected the art of using the power of My sex & sexuality to get what I wanted from men with My naturally Dominant traits blossoming even further until eventually I saw men as I do today – purely as playthings for Me to use & abuse for My own ends in whatever way may amuse Me at the time.  And strangely the more off-hand, aloof and downright unpleasant I became towards men, the more they flocked to Me, all clamouring to be used by Me, whether it be as servants to carry out domestic & DIY tasks, or even as financial money-pigs happy for Me to empty their wallet or bank account in return for absolutely nothing (lol!)

One day a friend took Me along to the fetish club ‘Submission’ in London where I witnessed several professional Dominatrix leading around naked slaves on leashes and then tying them up in the play area to administer sound thrashings whilst others crowded around to watch and I knew straight away that this was what I was born to do – Dominate men!  In fact I even managed to persuade one of the Mistresses at that first event to ‘lend’ Me her slave so that I could whip him – which I seemed to have a natural talent for and I was surprised to find that thrashing this helpless & naked anonymous stranger was extremely sexually arousing for Me.  By the time I had administered fifty stinging lashes with the riding crop She also lent Me (all the while ignoring his pitiful pleas for mercy) I was so wet between My thighs – this was FUN!

And so, I was soon attending one fetish club or another most weekends including ‘Torture Garden’, ‘Club Rub’ & ‘Club Pedestal’ amongst others.  Around this time I also joined dance/performance troupe ‘Fetish Crew’ and for a couple of years was a regular dancer/performer on stage at fetish & nightclubs & large dance events/festivals, taking on everything from fire-eating to stilt-walking – usually whilst clad in minimalist fetish outfits or occasionally even totally nude in front of up to 30,000-strong audiences.  And what a power-rush that was to be parading My naked body in front of so many unsuspecting virile males and seeing the looks of lust & desire in their eyes!

I soon became aware of the fact that the majority of Dominatrix do not offer any kind of intimate or sexual contact as part of their sessions – a decision which I fully respect if they do not feel that this is something they feel comfortable with.  However, to My mind, it is My sexuality that affords Me such power over those men who seek to serve Me and I enjoy twisting their sexual desire for Me around and using it against them to have them submit to My every whim.  When a man submits himself to Me, he gives his body to Me to use in any way that I may desire.  I find administering pain to a man to be highly sexually arousing and often like to use a finger to stimulate My clitoris whilst I am whipping a naked slave strapped securely to My St Andrews cross.  It is not uncommon for Me to climax in such a situation and watching a male suffer at My hands purely for My amusement is a heady aphrodisiac.

In early 2015 I moved to My current location where I have truly excellent purpose-built facilities available for Me to practice every aspect of being a true lifestyle Dominatrix (you will find full details on the ‘My Facilities’ tab above).  I am highly selective in whom I choose to welcome into My world, rejecting at least half of all the applications I receive.  So, if you wish to surrender your body & soul totally to Me, to be used in any way I desire, then I shall anticipate your respectful application in due course.  A whole world of exquisitely sublime sexual Domination awaits you…if you dare to take the plunge and enter?! 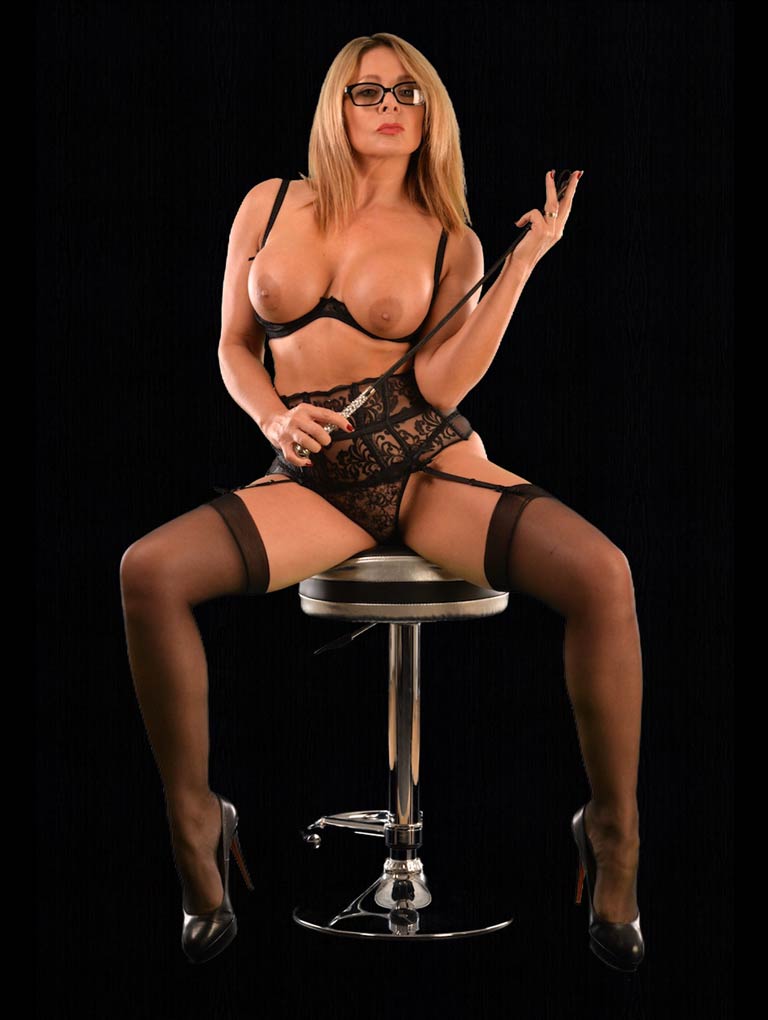 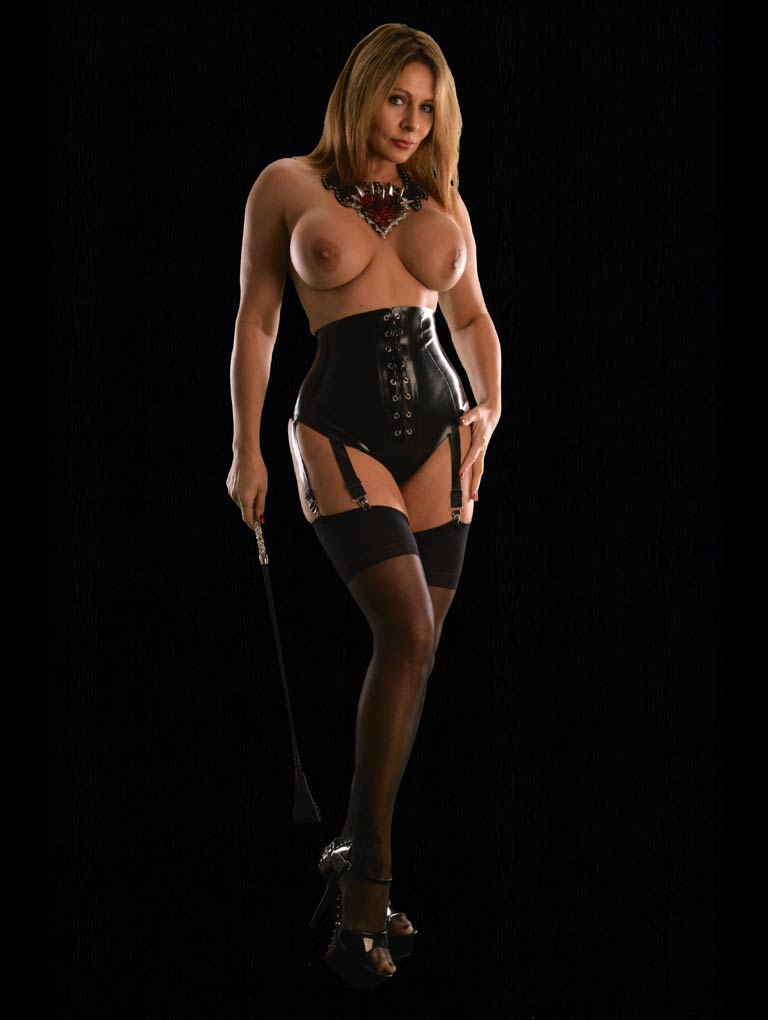