As the title suggests, Corporal Punishment is the administering of physical chastisement such as slapping, whipping, flogging or caning and obviously often forms part of a Fem-Dom scenario during which the Dominant Mistress will inflict physical punishment upon Her submissive ‘slave’ in order to punish him for failing to please Her in some way, to encourage him to do better at some task which She has set him – or simply on occasion just for Her own amusement & pleasure to watch him suffer at Her hand!

My Punishment Will Turn You On

Receiving corporal punishment is often a turn-on in later life for men who received a caning or spanking at school (especially for those who attended public-school) and I am often asked to administer an over-the-knee spanking or a bare-bottomed caning to a chap bent over my leather-topped mahogany desk with his trousers around his ankles. Why this is a turn-on is not really understood but in My opinion it may well have something to do with these schoolroom punishments coinciding with the onset of puberty and the first stirrings of sexual awakening; thereby inextricably intertwining the two.

I Make Corporal Punishment An Art

I have become expert at meting out punishment in such a scenario and often enjoy adopting the role of a strict headmistress who, having summoned an errant pupil to My private study to explain some misdemeanor, will delight in administering a sound thrashing to the poor chap as he bends across My desk trembling with his bare buttocks at My mercy.

Of course, the fact that I will likely be doing so clad in only stockings, suspenders, spike-heeled stilettos and a quarter-cup bra will only serve to heighten the poor chap’s excitement – indeed, it is not uncommon for a chap to ejaculate spontaneously during such a scenario as I rain down blows upon his quivering flesh with My big 36″DD breasts bouncing provocatively with the action of delivering his punishment!

Should a subject be unable to contain himself and squirt all over My desk as I am dealing with him, this is likely to only further annoy me and result in him receiving further strokes of the cane/slipper/etc. than was originally anticipated!

I Have A Well Stock Playroom For Punishment

Sub’s lucky enough to be extended an invitation to enter My private chambers for a session will notice that the racks of My playroom are well-stocked with all manner of vicious implements from which I may select those which i shall put to use on their body and indeed the anticipation of not knowing which it is they will be tasting on their bare flesh further serves to heighten the heady mix of excitement & trepidation. What fun! 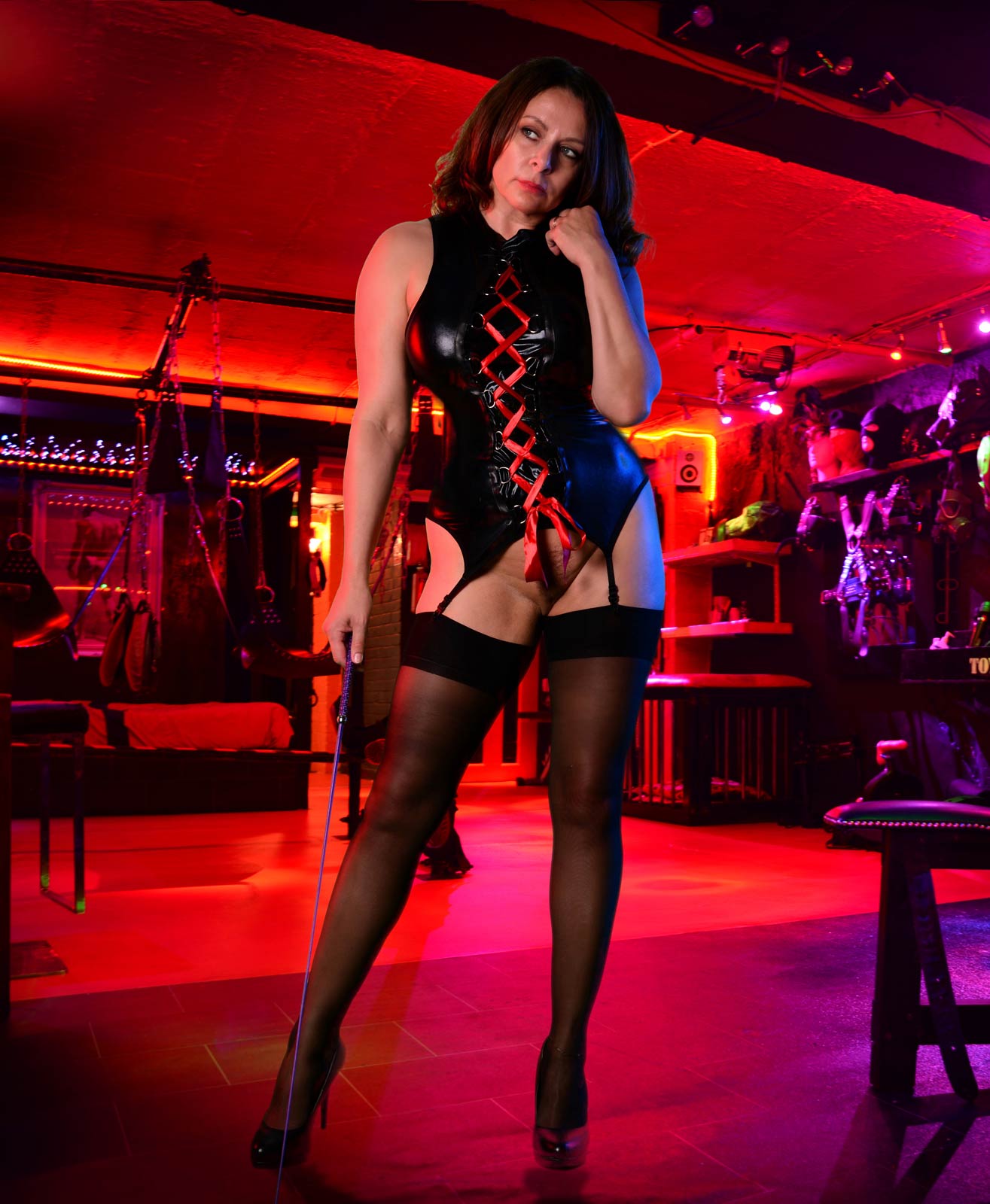